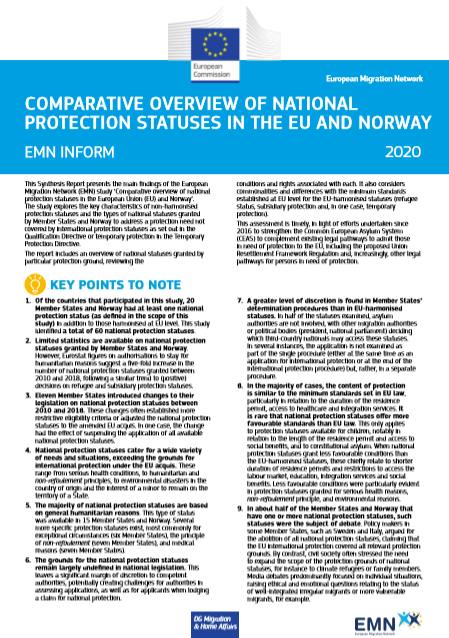 The report includes an overview of national statuses granted by particular protection ground, reviewing the conditions and rights associated with each. It also considers commonalities and differences with the minimum standards established at EU level for the EU-harmonised statuses (refugee status, subsidiary protection and, in one case, temporary protection).