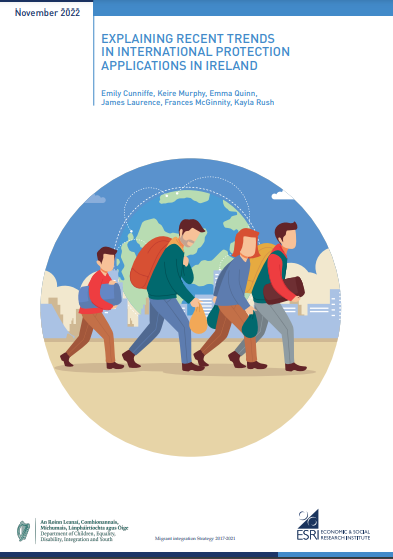 This ESRI report, funded by the Department of Children, Equality, Disability, Integration and Youth examines the potential drivers behind the increase in Ireland between January and June 2022, which follows a particularly turbulent period globally. It does so through a review of international literature, an analysis of application flows over time and the national composition of the flows as well as through interviews with key stakeholders.

The report identifies seven potential explanations for the increase in applications in the first half of 2022 in Ireland: