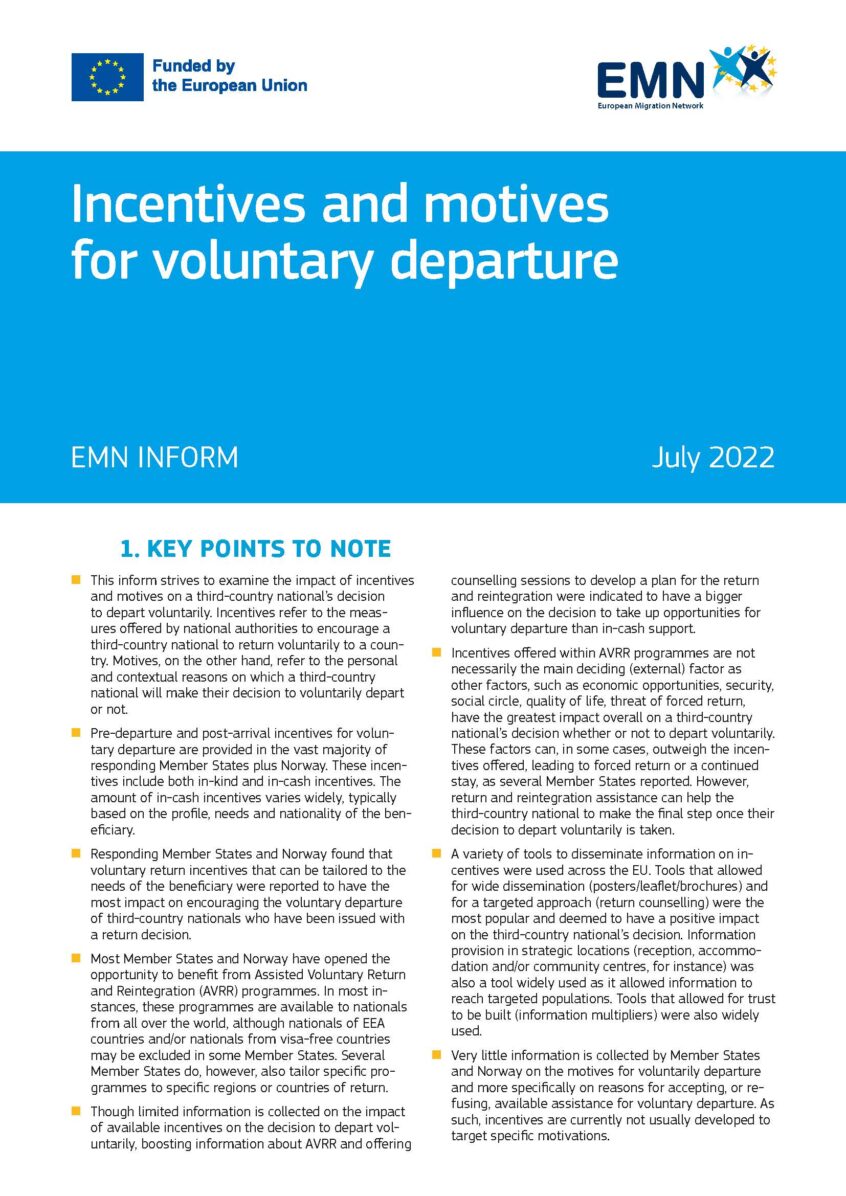 The EU Commission’s Pact on Migration and Asylum of 2020 established the aim to develop effective and humane procedures for the return of individuals not entitled to stay in the EU, which led to the creation of an EU Strategy for Voluntary Return and Reintegration.  The strategy seeks to support Member States in their efforts of encouraging voluntary departure, which is viewed as a more humane and dignified approach than forced return. This EMN Inform focuses on the incentives and motives that Member States have developed to encourage voluntary departure through specific assistance programmes, factors that contribute to an individual’s decision-making process and how these elements are interconnected.

Incentives refer to the measures offered by national authorities to encourage a third-county national to return voluntarily to a country, while motives refer to the personal or contextual reasons for which a third-country national may take the decision to leave voluntarily or not. Most Member States plus Norway were found to provide pre-departure and post-arrival incentives, both in-cash and in-kind. In-kind support was found to more significantly impact a third-country national’s decision to depart voluntarily. This could include counselling, medical or psychological assistance, logistical support to organise the return journey, legal assistance and the provision of basic needs prior to return such as accommodation, healthcare and food. While slightly less common, several Member States reported also supporting them to attend a training programme, either in the host country or the country of return.

However, in some cases, incentives may not be attractive enough to outweigh the benefits of remaining. The most cited reason why a third-country national would refuse to depart voluntarily was hope. The prospect that their asylum application will be reconsidered or that they may obtain a legal residence permit with more time is a powerful motive to remain. Reasons that incentivise individuals to return voluntarily included failure to find work, disappointment in the life in the host country, irregular status, fear of being forcibly returned, family reasons, health issues or a change of situation in the country of origin.