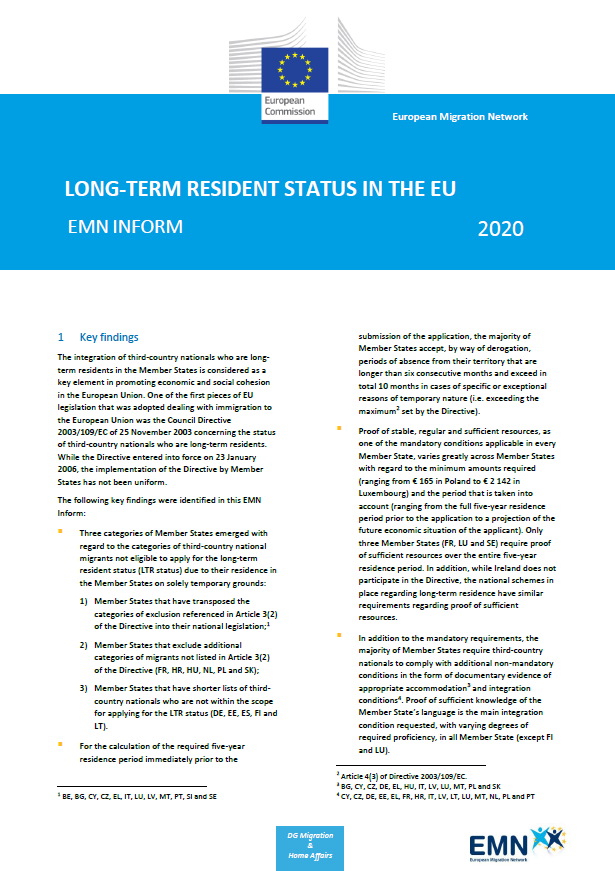 The integration of third-country nationals who are long-term residents in the Member States is considered as a key element in promoting economic and social cohesion in the European Union. One of the first pieces of EU legislation that was adopted dealing with immigration to the European Union was the Council Directive 2003/109/EC of 25 November 2003 concerning the status of third-country nationals who are long-term residents. While the Directive entered into force on 23 January 2006, the implementation of the Directive by Member States has not been uniform.

On this basis, at the request of Luxembourgish authorities, EMN Luxembourg launched a study on this topic through the European Migration Network. The information for elaborating this Inform was collected through four EMN ad-hoc queries highlighting elements of the long-term resident status in the EU.

A number of key findings are outlined in the Inform.