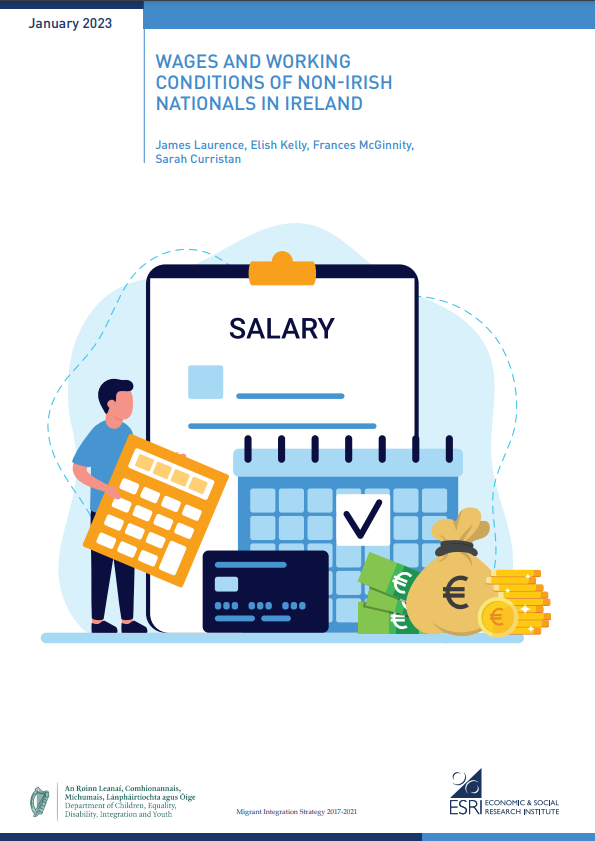 Migrants make a significant contribution to Ireland and its economy, and increasingly form a key portion of the Irish workforce. For migrants, jobs are an important source of income, and their integration into a country’s labour market is a key indicator of their broader social integration into society. However, international research finds significant inequalities in migrants’ employment
experiences; in particular, that migrants often experience lower earnings than nonmigrants (known as the ‘migrant wage gap’) and tend to be over-concentrated in jobs with poorer working conditions.

This report uses high-quality Office of the Revenue Commissioners administrative data on wages matched to the Central Statistics Office’s (CSO) Labour Force Survey (LFS) data on job characteristics and workers’ skills to investigate the earnings and working conditions of different non-Irish migrant groups and how these compare to Irish workers in the period 2011–2018. The main objective of the study is to explore whether non-Irish nationals face distinct employment outcomes, in terms of the quality of the jobs they work in and the wages they earn compared to Irish
nationals.