New EMN Ireland research on Policy and practice targeting the labour market integration of non-EU nationals in Ireland examines policies and practices designed to help non-EU migrants access employment in Ireland. Employment is a crucial part of integrating into the economic and social life of Ireland, offering stability and opportunities to engage with others in the community. 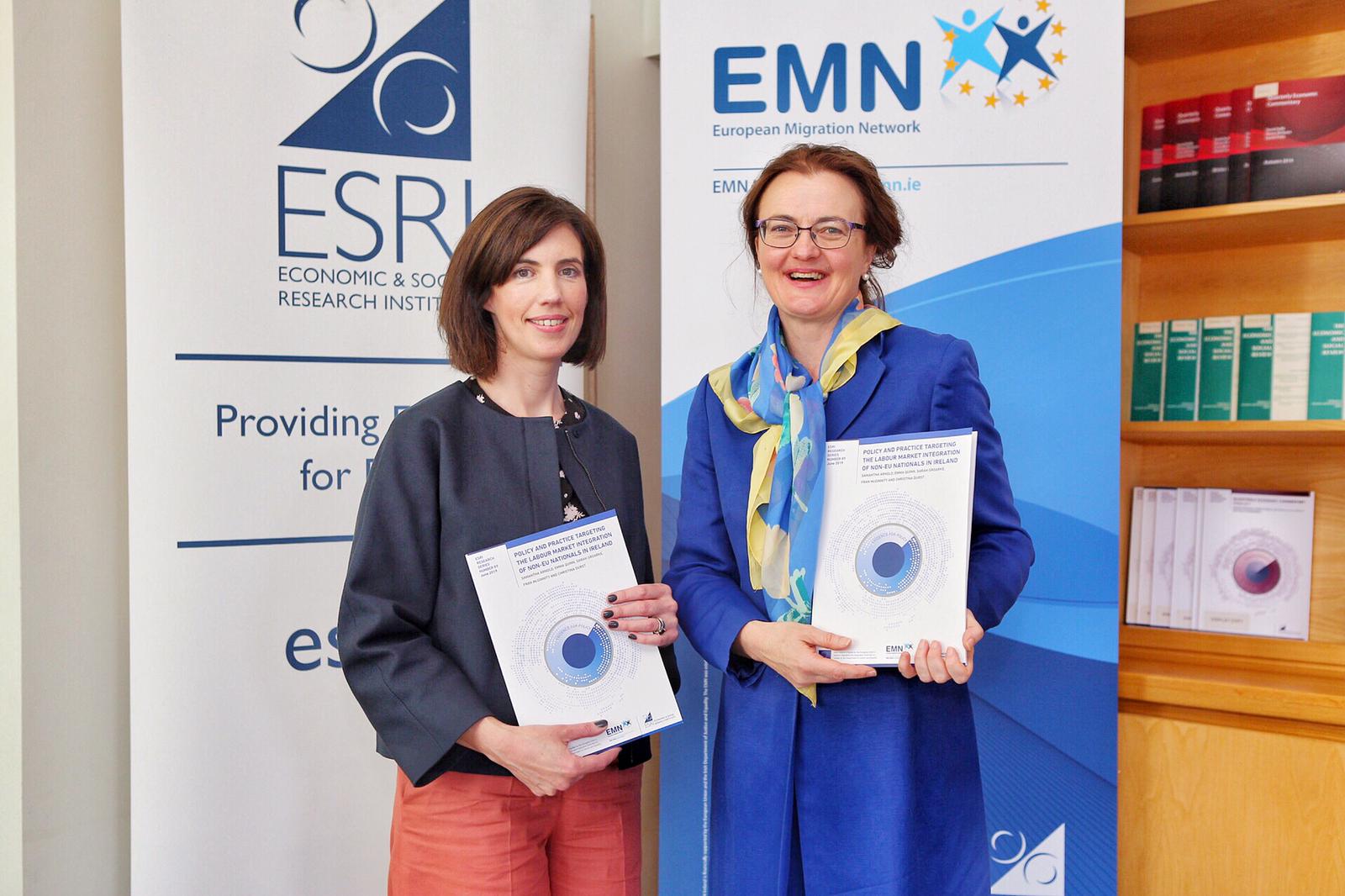 Migrant integration has received more attention in Ireland in recent years, with the publication of the Migrant Integration Strategy 2017-2020 and several waves of targeted funding.

The study finds that the success of delivering on actions contained in the Strategy depends on the ability of government departments and agencies to implement them. Currently, the bodies with responsibility have differed in the level of priority given to the Strategy. Despite a requirement for local authorities to develop their own migrant integration strategy, few have done so.

In 2017, 26,000 non-EU workers lived in Ireland. The number of employment permits issued to non-EU migrants doubled between 2013 and 2018, to reach 11,300. In 2017, 45 per cent of these were Critical Skills Employment Permits (CSEP), which are designed to increase Ireland’s attractiveness to skilled workers. CSEP holders are entitled to immediate family reunification and after two years, they are free to work without a permit. As of March 2019, their spouses and partners no longer need to hold an employment permit to work in Ireland.

However, family members of other non-EU workers are issued a Stamp 3 residence permission, which does not allow them to work. NGOs have argued that both the employment permit system, which can limit labour market mobility for employment permit holders, and government policy on labour market access for family members, can be problematic for integration.

Poor recognition of qualifications is a key challenge highlighted by stakeholders, who welcomed an action on promoting the Quality and Qualifications Ireland system, which provides guidance on recognising foreign qualifications. However, they called for further efforts including from Irish professional bodies to make progress in this area.

Lack of targeted measures to develop skills is another obstacle to labour market integration. The research highlights the need to develop skills within the resident population in Ireland. Research shows that English for Speakers of Other Languages (ESOL) programmes have developed in the absence of a national strategy, with individual Education and Training Boards developing programmes in response to demand at local level.