New ESRI research Diverse neighbourhoods: an analysis of the residential distribution of immigrants in Ireland finds that relative to the Irish population, migrants are fairly evenly distributed across neighbourhoods in Ireland. 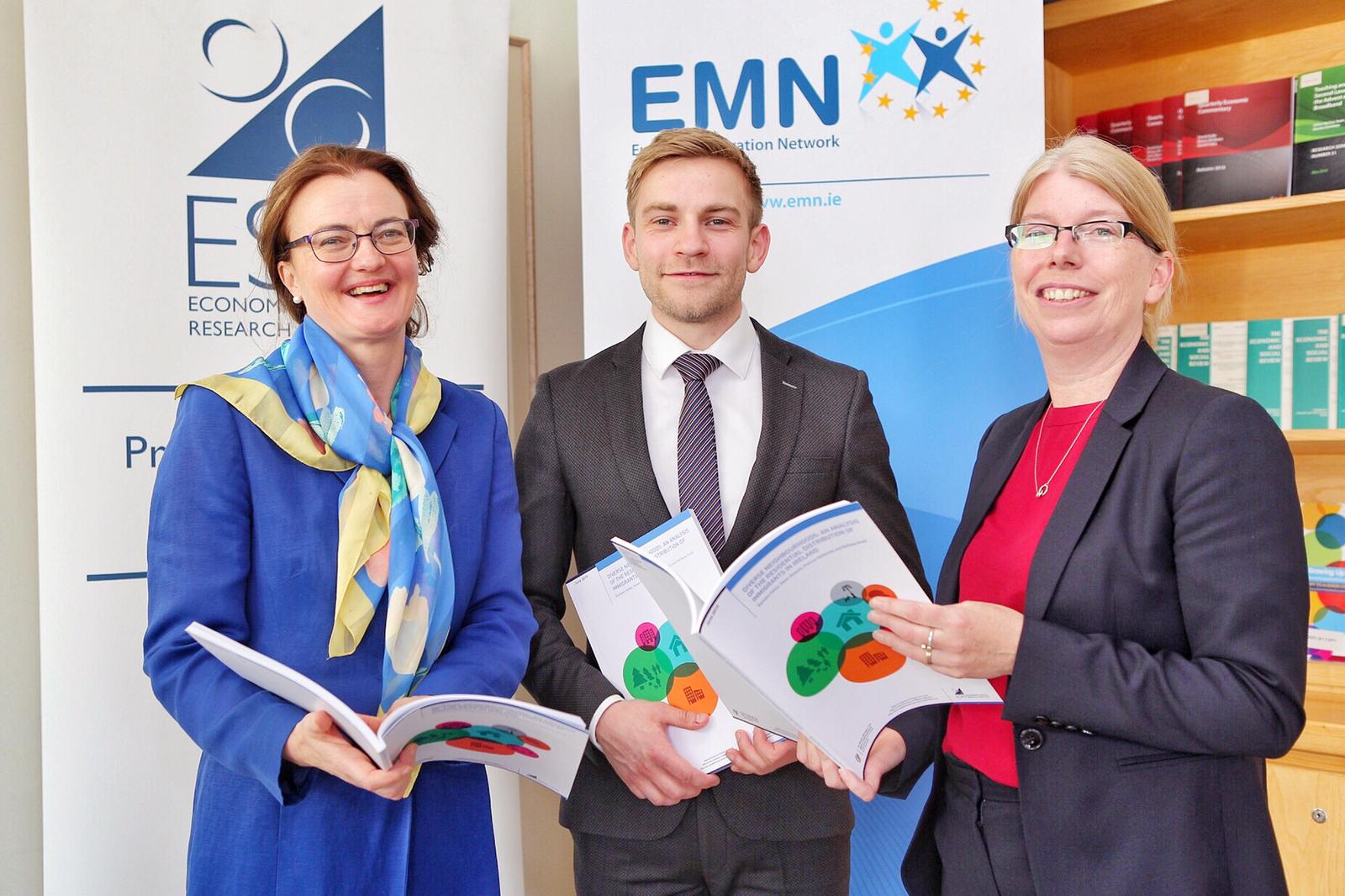 This is positive, as migrant integration is more challenging in places where migrants are segregated from the host population. The study examines where in Ireland migrants live, how segregated they are from the Irish-born population and the types of areas they live in. The analysis is carried out for all migrants, and then separately for EU migrants, non-EU migrants, and people with poor English language proficiency.

Migrants in Ireland have a relatively low level of residential segregation when compared to other West European countries and the United States. However, migrants with poor English language proficiency are concentrated in a smaller number of places, with a particularly high concentration in Limerick city.

The study uses spatial data from the 2011 and 2016 Censuses, and finds that levels of residential segregation remained relatively stable over this period. However, there is some evidence of decreasing segregation among EU migrants and people with poor English language skills.

What types of areas do migrants live in?

The report also examines the characteristics of the areas in which migrants live in their greatest concentrations. Consistent with previous research, it concludes that migrants tend to live in urban areas – around half live in Dublin, Cork and Limerick – and in areas where there is a plentiful supply of private rented accommodation. On average, EU and non-EU migrants live in areas with high levels of third level education. This is partly because a disproportionate share of migrants live in cities, where a greater proportion of the population has degree-level education. However, non-EU migrants tend to live in areas of above average unemployment and those who lack English language skills are less likely to live in areas with a high prevalence of graduates.

The relatively even distribution of migrants around Ireland is a positive finding from an integration perspective, but some secondary findings may cause concern. The concentration of migrants in the private rented sector means that they are particularly exposed to the current problems of affordability and security of tenure in this sector of the housing market.

The findings of this report also speak to recent work on regional development policy in Ireland. Although migrants are relatively evenly spread across neighbourhoods, they are nonetheless more centralised in urban areas than the Irish born population. Achieving a more balanced regional development of employment opportunities and housing would be an effective way of further dispersing the migrant population across the country.

Download Diverse neighbourhoods: an analysis of the residential distribution of immigrants in Ireland