Today is International Youth Day, an observance focused on the perspectives, needs, and contributions of youth and young people, defined by the UN World Programme of Action for Youth as those aged 15-24. According to the UN, there are 1.2 billion young people in the world today, comprising 16% of the global population.

A 2016 report from the Immigrant Council of Ireland highlighted challenges that children and young people with a migration background may face in Ireland, particularly in transitioning to adulthood. Young people with migrant backgrounds may face inconsistencies in decision making and can require additional support in clarifying their immigration status. The report also highlighted the challenges some migrant young people face in accessing employment, social welfare, and third-level education.

Young people form a significant percentage of total migrants both to and from Ireland: 15-24 was the second largest age cohort among both emigrants and immigrants in 2021, after the 25-44 range. (It should be noted that the latter range spans 20 years, while the range for young people only covers 10.) Young women outnumbered young men in both categories. In 2021, young people were estimated to comprise one-third (33.1%) of all emigrants and just over one-fifth (22.2%) of immigrants to the State. Slightly more young people left the State than entered it, for a net migration figure of approximately -3,400 individuals in the 15-24 category; this was the only age category in 2021 in which emigrants outnumbered immigrants. 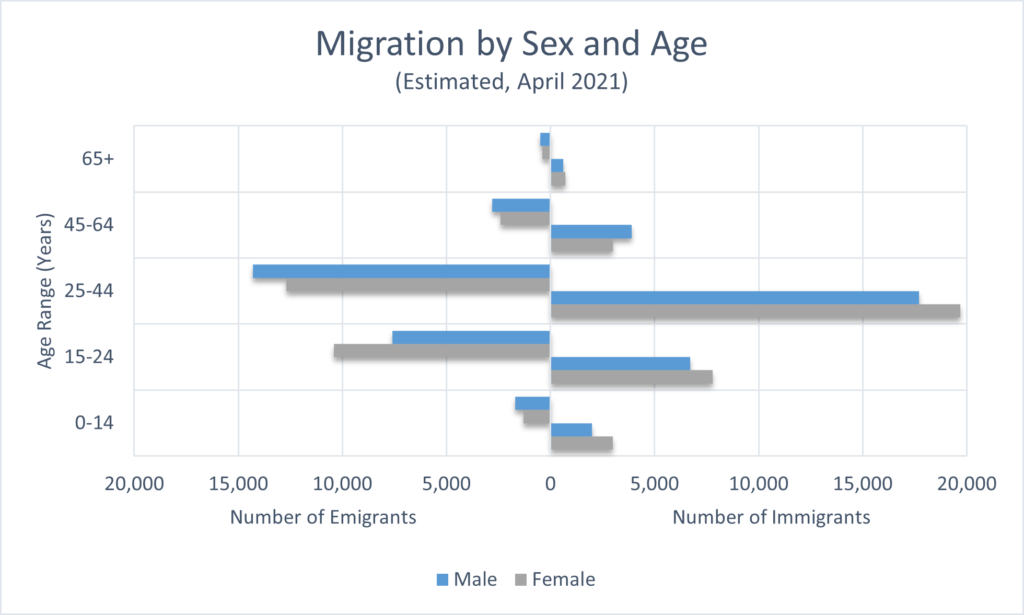 The age and gender balances differ significantly from the above among two particular migrant populations: applicants for international protection and beneficiaries of temporary protection for those who have fled the war in Ukraine. The available data from Eurostat uses a different set of age ranges, making it difficult to tell exactly what percentage of asylum applicants in Ireland in 2021 were young people aged 15-24. What we can see, however, is that young men outnumbered young women significantly in the two applicable age categories: 14-17 and 18-34. 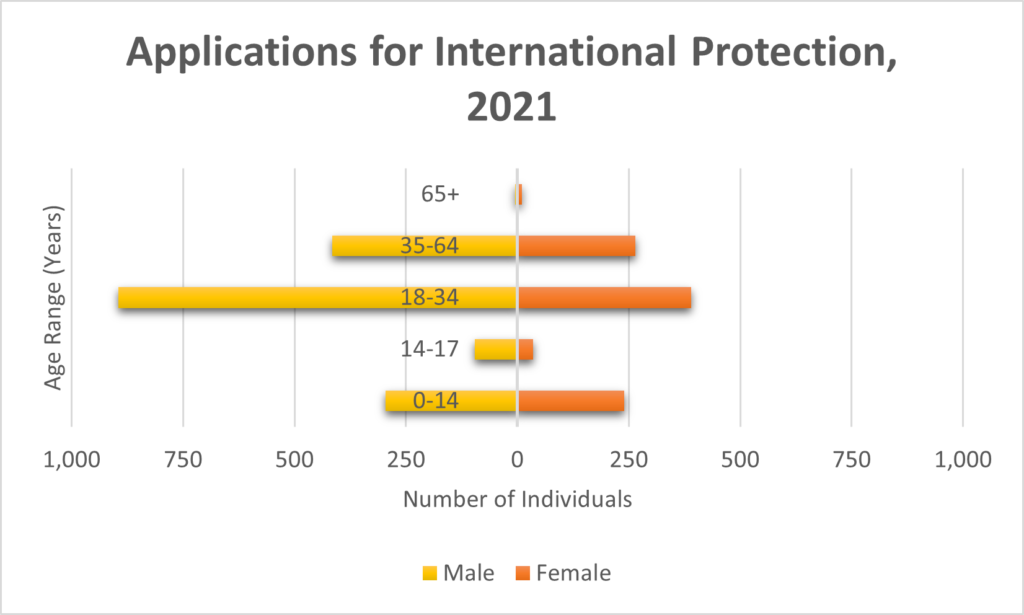 Finally, in the most recent available data from the CSO, which accounts for arrivals from Ukraine up to 10 July, young people comprised 14.5% of temporary protection beneficiaries in Ireland. There are significantly more young women than young men among these numbers, in keeping with EU-wide trends: the European Union Agency for Asylum reported that up to 10 July, at least 59% of temporary protection beneficiaries throughout the EU were female. This gender imbalance is certainly influenced by the prohibition on leaving the country for Ukrainian male citizens between ages 18 and 60. 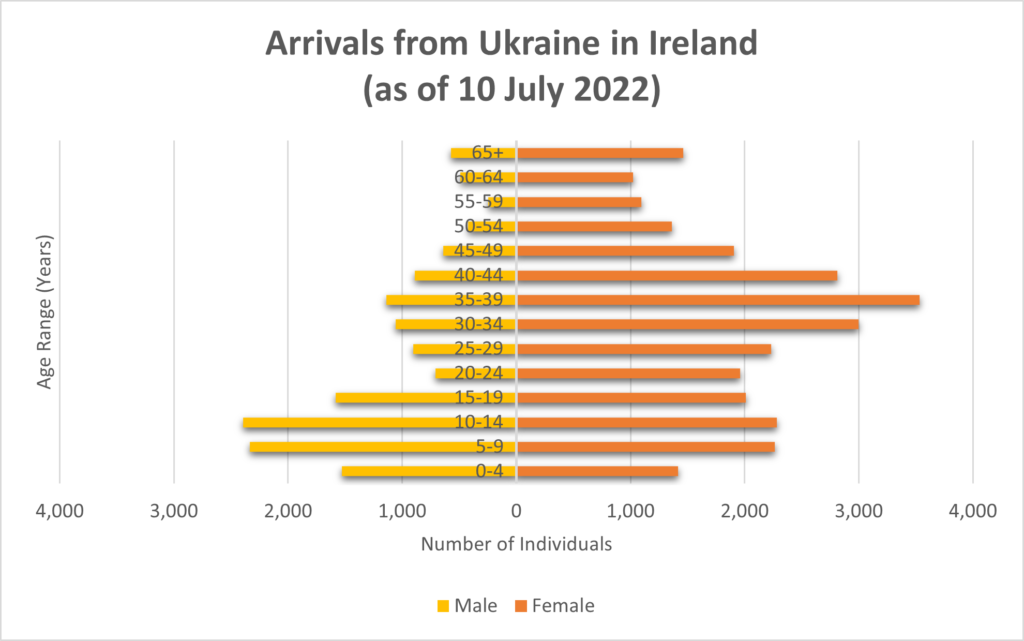 Note: Two releases due later this month from the Central Statistics Office will provide updated data for some of the categories described above: Arrivals from Ukraine in Ireland, Series 5 (scheduled for release on 19 August) and Population and Migration Estimates, 2022 (scheduled for 24 August). Keep an eye on the news releases and statistics pages on our website to see how these new data sets shed further light on migration in Ireland.