Earlier this week, on Monday, 18 July, the Central Statistics Office published its most recent set of figures on arrivals from Ukraine in Ireland. These statistics include all individuals issued with PPS numbers under the Temporary Protection Directive as of 10 July. Since the previous CSO report, which covered the period up to 19 June, the total number of arrivals has crossed 40,000. A report from the European Union Agency for Asylum which covered the same time period reports that 3.8 million individuals had registered for temporary protection in the twenty-nine EU+ countries (EU Member States plus Norway and Switzerland) up to 10 July, meaning that Ireland currently hosts around 1% of all temporary protection beneficiaries.

The number of arrivals in Ireland has held roughly steady over the past five weeks, with an average of around 1,500 individuals arriving in Ireland from Ukraine during each of those weeks (see the graph at the bottom of this post). The proportion of women and children in the total number remains unchanged from the CSO’s previous report, with 47% of all arrivals being women aged 20 and up, and 37% being children aged 0-19.

The most recent set of statistics includes new data on employment and barriers thereto. It states that 5,526 of the 43,256 total arrivals reported earnings from employment, with an average weekly income of €365. This is approximately 13% of all arrivals, or slightly more than 20% of adults aged 20 and older. The majority (59%) of those in employment work in the Wholesale, Transport and Accommodation sector. 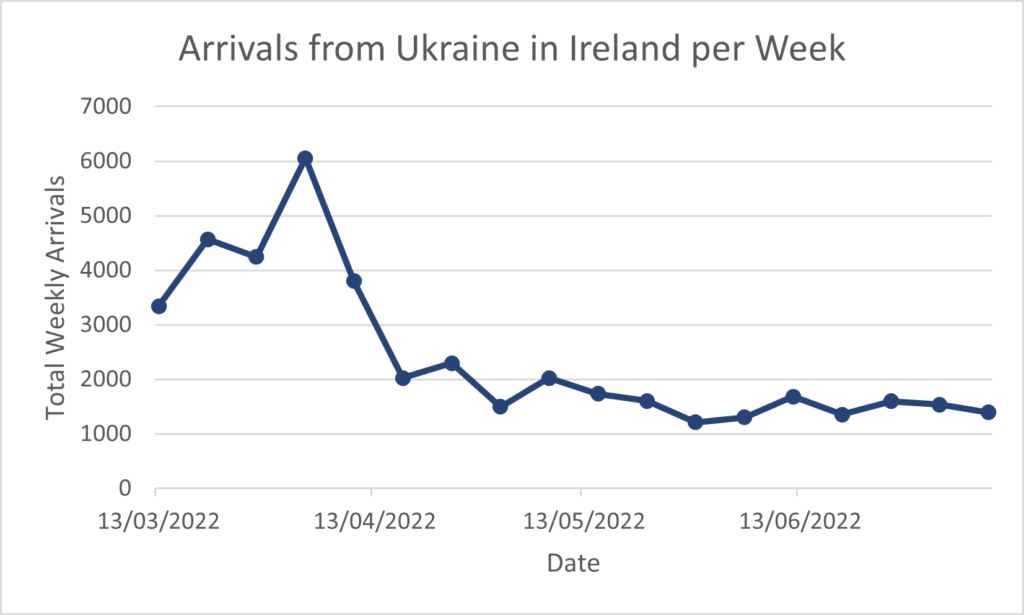 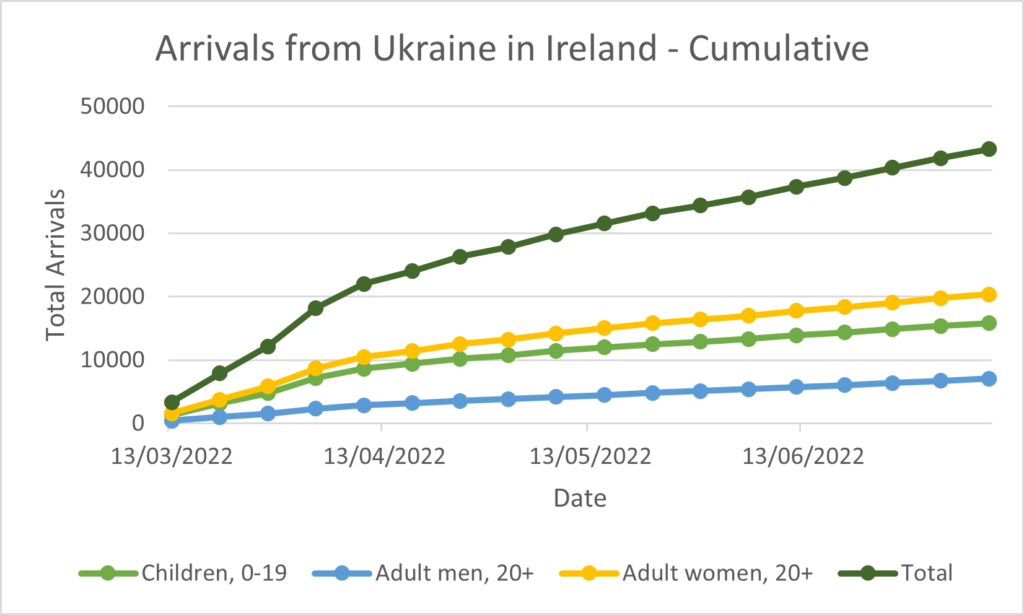 CSO, Arrivals from Ukraine in Ireland, all series