On Wednesday, 24 August 2022, the Central Statistics Office released its annual Population and Migration Estimates, which use preliminary results from Census 2022 to estimate Ireland’s population in April of this year. As we (and others) noted when the preliminary census results were released in June, Census 2022 showed a population over 5 million people for the first time since 1841, with all twenty-six counties in the State experiencing a migration-related population increase since Census 2016.

The more recent, more in-depth Population and Migration Estimates reveals the scale of this population increase, with 2022 reporting the largest population increase from migration in fifteen years. The graph below uses CSO estimates from 1987 to 2022 to chart net migration over the past thirty-five years, putting the 2022 increase in recent historical perspective: 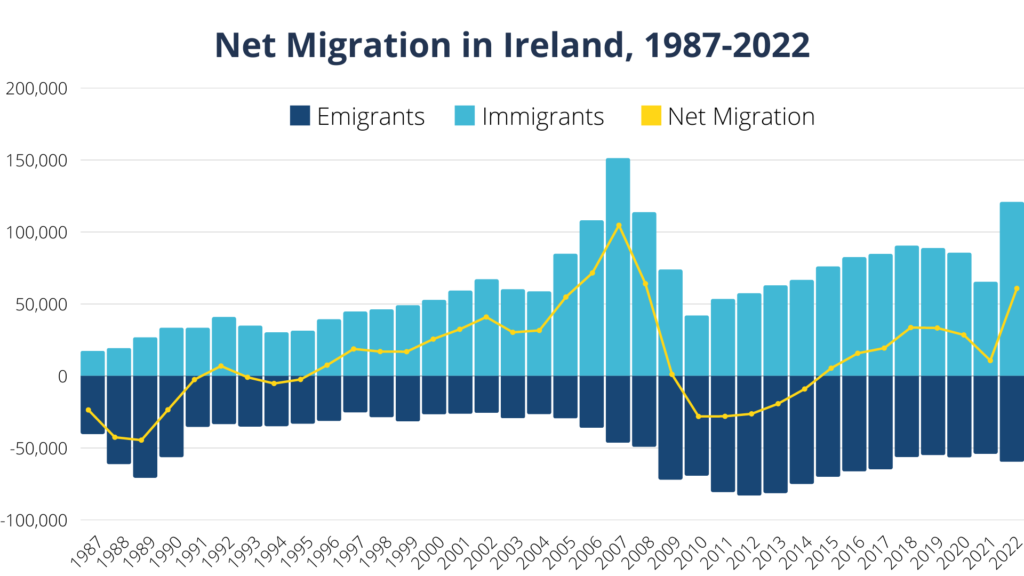